Path to the Pulitzer

Home » Programs » Path to the Pulitzer

Path to the Pulitzer: Journalism and the Informed Citizen

The Humanities Council will present the third and final installment of our “Path to the Pulitzer: Journalism and the Informed Citizen” series at 7:00 p.m. on September 6, 2018, at the Robert C. Byrd Center for Congressional History and Education at Shepherd University in Shepherdstown. The program will feature Pulitzer Prize-winning Charleston Gazette-Mail reporter Eric Eyre and National Public Radio newscaster Giles Snyder discussing the importance of pursuing complex stories and creating the context for people to understand them. The program will be moderated by former West Virginia Public Broadcasting Eastern Panhandle bureau chief Cecelia Mason. The program is free and open to the public. 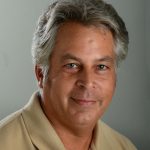 Eric Eyre received a Pulitzer Prize in 2017 for Investigative Reporting for his Charleston Gazette-Mail series “Painkiller Profiteers.” Eyre was noted by the Pulitzer committee for “courageous reporting, performed in the face of powerful opposition, to expose the flood of opioids flowing into depressed West Virginia counties with the highest overdose death rates in the country.” 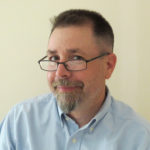 Giles Snyder can be heard on NPR stations nationwide, bringing listeners the latest in national and international developments. His newscasts have been a regular part of NPR News' weekend overnight coverage since June 2004. Prior to coming to NPR, Snyder worked for sixteen years at West Virginia Public Radio where he held a variety of on-air and managerial positions. He is an alumnus of Marshall University. 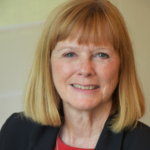 Cecelia Mason is a former reporter and Eastern Panhandle bureau chief for West Virginia Public Broadcasting. She previously worked as a reporter and news director in commercial radio in Kentucky, Tennessee, and Texas and as a reporter in commercial television in North Central Texas and Oklahoma. During her 23-year career at WVPB, Mason covered state, regional, and national topics and served as the host and producer of the program “Inside Appalachia.” She is currently with the Shepherd University Office of University Communications.

The program is the final of three public presentations in West Virginia made possible with funding through the “Democracy and the Informed Citizen” initiative administered by the Federation of State Humanities Councils. In April Eyre presented programs at Marshall University with Pulitzer winner John Hackworth and at West Virginia University with Pulitzer winner Eric Newhouse. The initiative seeks to deepen the public’s knowledge and appreciation of the vital connections between democracy, the humanities, journalism, and an informed citizenry. We thank the Andrew W. Mellon Foundation for their generous support of this initiative and the Pulitzer Prizes for their partnership.

Highlights from the three “Journalism and the Informed Citizen” programs will be available through a series of podcasts to be released this fall by the Humanities Council.