The Little Lectures are informal programs featuring speakers on a variety of topics.

Due to the ongoing COVID-19 pandemic, our  Little Lectures schedule in 2022 will conform to current public health conditions. Be sure to check this page for updates on all of our lectures, or please contact Program Officer Kyle Warmack with questions (304.346.8500, warmack@wvhumanities.org)
Over the course of the 2022 series, we hope to return to in-person programs held at the historic MacFarland-Hubbard House. If a live Lecture takes place, a video of the Lecture will be posted online the following week. In cases where public health concerns preclude a live event, Lectures will still be broadcast online on the dates listed below.

From 2020 onward, videos of all West Virginia Humanities Council Little Lectures will be available on YouTube and Facebook.

In-person programs are presented on Sunday afternoons at 2:00 p.m. at our headquarters located at 1310 Kanawha Boulevard, East, Charleston, in the parlor of MacFarland-Hubbard House. The series is one of the many ways the Humanities Council shares our historic property with the community. Seating is limited (thus “Little” Lectures) and reservations are suggested. Admission is $10 per person and includes refreshments after the lecture. When the weather is nice refreshments are enjoyed outdoors under our pergola.

This year's Little Lectures series, which focuses on civics and democratic process, was made possible with funding from the National Endowment for the Humanities through the "A More Perfect Union" initiative. 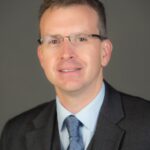 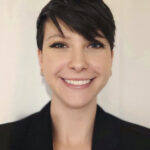 Confidence in the election process has declined in recent years in the United States. How can we begin to restore it? This Little Lecture builds on an effort to engage the public in a discussion about elections outside of a partisan context. Grounded in real examples from West Virginia and all over the globe, it emphasizes how the rules we use reflect underlying values, and how society’s choices often require tradeoffs among competing values.

Erik Herron is the Eberly Family Distinguished Professor of Political Science at WVU. He has researched elections all over the world for over two decades, and has published several articles and books related to electoral systems. Paige Wantlin is a graduate student in the Public Administration Program at WVU. In addition to her research on elections, she has assessed government responses to the pandemic in Ukraine and brownfields reclamation in West Virginia. Erik and Paige have been collaborating on a project related to elections in West Virginia since 2020.

"Purify the Ballot Box:"
Elections and Unrest in West Virginia during the Civil War and Reconstruction Eras 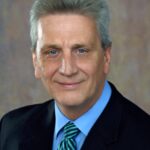 What were Federal troops doing in West Virginia four years after the end of the Civil War? Former state historian and state archivist Joe Geiger reviews the elections leading to secession, civil war, and the creation of West Virginia. In the war’s aftermath, violence marked state and local elections as Union leaders used test oaths and registration boards to prevent former Confederates from voting, practicing law, serving as jurors, and more.

Joe Geiger is a part-time curator/librarian in the Special Collections Department of Marshall University Libraries. He is the former director of the West Virginia State Archives and was an adjunct instructor for twenty years in the history departments at Marshall University and West Virginia State University. He is the author of several articles and three books, including Holding the Line: Confederate Defense of the Staunton-Parkersburg Turnpike, 1861-1862 and Disorder on the Border: Civil Warfare in Cabell and Wayne Counties, West Virginia, 1856-1870. 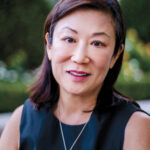 As children, Shirley Ann Higuchi and her brothers only knew Heart Mountain, Wyoming as the place where their parents met during World War II. But as the Higuchi children grew older, they learned it was where thousands of Japanese Americans, their parents included, were forced into a hastily built concentration camp by President Franklin Roosevelt’s Executive Order 9066. Only after a serious cancer diagnosis did Shirley’s mother, Setsuko, share her vision for a museum at the site of the former camp, where she had been donating funds and volunteering in secret for many years. After Setsuko’s death, Shirley skeptically accepted an invitation to visit the site, a journey that would forever change her life and introduce her to a part of her mother she never knew. Shirley Ann Higuchi discusses her book "Setsuko's Secret," family and communal history, the legacy of the unlawful imprisonment of over 100,000 American citizens, and a window into the 'camp life' that was rarely revealed to the children of the incarcerated.

A Long Struggle for Justice:
The West Virginia Mine Wars and the Legal Aftermath 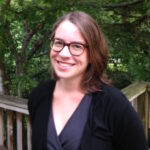 This year marks the centennial of the 1922 Charles Town treason trials that followed the famous Battle of Blair Mountain—which saw approximately 10,000 armed West Virginia coal miners fight a pitched three-day battle in Logan County to free fellow miners imprisoned under martial law. In the months that followed the battle, over 500 miners and their allies were indicted in a series of trials that became a major test of free speech for the American labor movement. This Little Lecture discusses the legal and jurisprudential impact of the treason trials, and how many of these issues remain relevant today.

Rachel Donaldson is a historian and historic preservationist whose work focuses and cultural and labor history. She has written two books on the history of the folk music revival and her work has appeared in several academic journals. She was the principal editor and an author of the forthcoming Labor History Theme Study for the National Park Service. Donaldson wrote a series of articles on the West Virginia Mine Wars for the National Park Service, and co-authored the Jefferson County Courthouse nomination for the National Register of Historic Places.

Two Sides To A Pancake:
The United States of Mingo 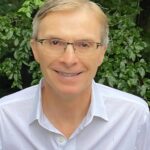 Very few works of historical fiction have been set in the tumultuous world of the West Virginia Mine Wars since the release of Denise Giardina’s monumental novel Storming Heaven in 1987. That changed in late 2021 with first-time novelist W. Jeff Barnes and his book Mingo which follows two brothers, separated by the 1912 Paint Creek Strike, who find each other on opposite sides of the Battle of Blair Mountain. The Bluefield Daily Telegraph has praised Mingo as “a timeless trip through homespun heroism, heartbreak and resolution.”

Born in Tazewell, Virginia, near the border with West Virginia, Barnes developed a fascination with the Battle of Matewan as a young man, long before he moved to Richmond to practice law. In this Little Lecture, he’ll discuss the importance of his coal mining family roots, putting himself into hundred-year-old shoes, and using fiction as a tool for exploring ideological conflict.

All public spaces at the MacFarland-Hubbard House are accessible. When making your reservations, please advise us of any accessibility accommodations that you may need. Contact 304.346.8500 in advance.

See our past Little Lectures recorded on video

Listen to recordings of some previous lectures and speakers