Home » About Us » Our Historic Headquarters

In 1999 the Humanities Council purchased the 1836 MacFarland-Hubbard House, a landmark property listed on the National Register of Historic Places and one of Charleston’s seven antebellum houses. The house was built when Andrew Jackson was president and later used as a hospital during the Civil War.

Initial restoration was completed in early 2000, with the work done according to federal standards for historic preservation. The Council acted with the support of the Kanawha Valley Historical and Preservation Society and many generous donors, with deed covenants guaranteeing the historic integrity of the property. The downstairs was restored as public space for programs, meetings, and events, while the upstairs was rehabilitated as Council offices. Work on the adjoining carriage house was completed in 2003, providing meeting space downstairs with offices upstairs. The mortgage was retired in 2007.

The MacFarland-Hubbard House is a practical working asset. Our public areas provide space for our Little Lecture Series, book discussion groups, researchers, planning sessions, and tours. The house is occasionally used by outside groups for meetings, events, film interviews, receptions, and workshops. Open houses during the winter holidays and on West Virginia Day are popular with the public.

Preservation and improvement of the house and grounds continue. The Jefferds Memorial Library was completed in 2006.  In 2008, a pergola structure was added to increase programming space, and landscape work in 2011 and 2012 restored historic flower beds, created a stone walkway for visitors to the garden areas, added a new exposed aggregate driveway to replace an existing gravel drive, and improved drainage around the house’s foundation. Additionally, more than 30 original windows have been restored to working order. The MacFarland-Hubbard House has been included in Charleston’s garden tours since 2013.

Support our stewardship of the historic MacFarland-Hubbard House. 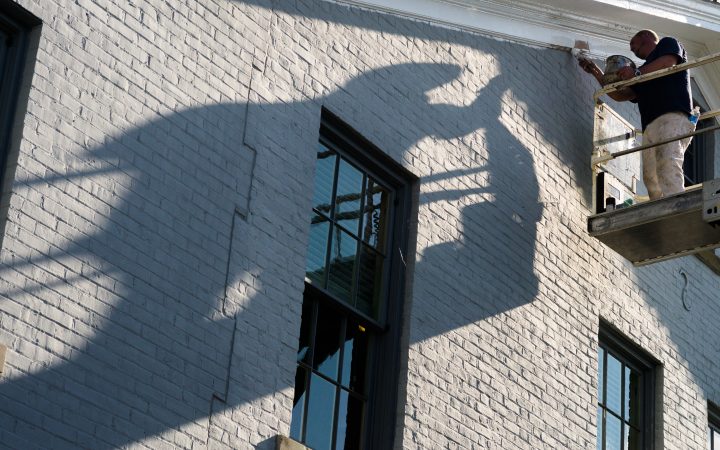 Special thanks to the State Historic Preservation Office and West Virginia Commission on the Arts grant programs for grant awards in support of our recent house rehabilitation project.