A Preservation Project of the West Virginia Humanities Council

Home » About Us » Our Historic Headquarters » MacFarland-Hubbard House Restoration

Andrew Jackson was president when the MacFarland-Hubbard House was built in 1836, and Stonewall Jackson still a Lewis County schoolboy. Charleston was a county seat town of maybe 1,500 citizens, a bustling village on the Midland Trail. "West" Virginia was merely a geographic distinction -- and perhaps a dream in the hearts of far-thinking Mountaineers.

The MacFarland-Hubbard House survives from that long-ago era as one of the Kanawha Valley's historic treasures. Its story is the story of family life in a growing city in an emerging state. The house grew, as every home does, with each family's habitation, its character evolving with successive owners. MacFarland, Ruby, Crowley, Hubbard -- the house worked for each family as a stately showplace and beloved home, and they all left their mark upon it. Larger events left their mark, as well. The Civil War cannonball that pierced the roof...the Federal troops who recuperated within the walls...the staircase from a famous old resort now gone: the MacFarland-Hubbard House is steeped in history.

The house was added to the National Register of Historic Places in 1979, but its future was left in doubt with the death in 1997 of its last residential occupant, Miss Elizabeth Hubbard. Through the Hubbard House Preservation Campaign, the West Virginia Humanities Council rallied public support to save this landmark of 19th century history for the 21st century. With the success of this campaign, the house has become a working humanities center, offering programs and services statewide, and a carefully tended historic showcase.

In the spring of 1999, the Board of Directors of the West Virginia Humanities Council voted unanimously to purchase the MacFarland-Hubbard House from Charleston’s First Presbyterian Church. Planning for preservation began immediately, with all construction done according to the U.S. Secretary of the Interior’s Standards for Historic Preservation.

The initial phase of the preservation plan included the stabilization of the structure through work on the foundation, joists, and guttering. Modern heating, cooling, and ventilation systems were installed. The electrical wiring was updated throughout. The historic areas on the first floor of the house were restored as a public space for exhibits, programs, and meetings. The second floor was adapted for use as the offices of the Humanities Council. Initial restoration was finished in early 2000.

The grand old structure had suffered deterioration over the years. Initial work addressed the decay of portions of the foundation and exterior moisture damage.  Though significant, the damage was not more than one would expect in a house that was more than 160 years old at the time restoration began. 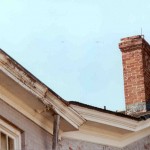 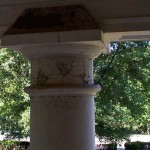 Restoration of the facade of the MacFarland-Hubbard House continued into May 2000. 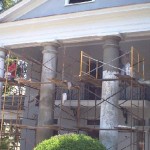 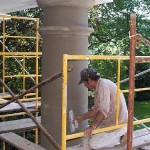 Work was also under way at the back of the house. A new parking area was created along with a business entrance. 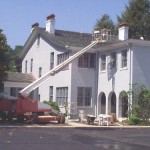 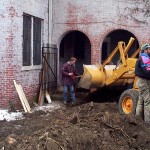 The electrical wiring had to be totally reworked and cables installed to accommodate telephones and computers. The first-floor rooms were adapted for public use. 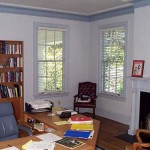 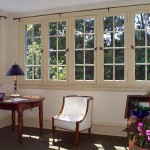 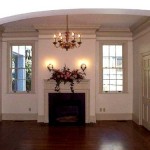 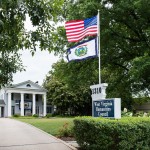 All public spaces at the MacFarland-Hubbard House are fully accessible.

Donate here to contribute to the stewardship of the historic MacFarland-Hubbard House.