What has the Humanities Council done lately? In the last year, the West Virginia Humanities Council continued to invest significantly in the cultural life of the Mountain State, including 57 grant awards totaling $278,108.42 and funding for more than 300 other programs, exhibits and presentations.

“This Week in West Virginia History” continued on West Virginia Public Radio with twice-daily features from e-WV: The West Virginia Encyclopedia online. It was also distributed to state weekly and daily newspapers.

e-WV: The West Virginia Encyclopedia (www.wvencyclopedia.org) had visitors from every state in the U.S. and 175 other countries around the world.

The Humanities Council awarded 50 grants and seven fellowships in 21 counties.

We partnered with military vets operating Lost Valley Studios to produce a six-part web series on West Virginians and their wartime experiences.

Pulitzer Prize winner Annette Gordon-Reed delivered the 2016 McCreight Lecture in the Humanities on “The Hemingses of Monticello.”

We funded Civil War reenactments in Union, Peterstown, and Gilbert.

We hosted our first farm-to-table fundraiser at the historic J. Q. Dickinson Salt-works in Malden.

Our folklife program presented ballad singer Phyllis Marks of Gilmer County, with support from ZMM Architects and Engineers and the Library of Congress.

We continue to support the West Virginia Mine Wars Museum in Matewan.

A Humanities Council grant funded the creation of a driving tour featuring black history of the New River Gorge.

We partnered with the Folger Shakespeare Library to sponsor two Wheeling performances of Gravedigger’s Tale, based on Hamlet, to mark the 400th anniversary of the Bard’s death.

A Council grant funded programs and an exhibit about Fairmont native James Maddox, a Navy hero in World War II. 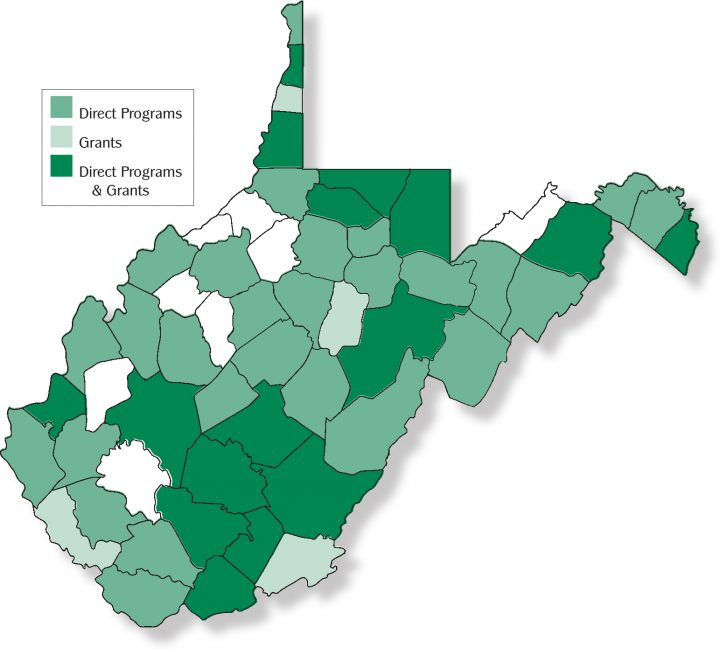 2016 Map of Grants and Programs