June 20 is always a lively day at the Council. We open our doors to the general public for live music and storytelling, living history performances, informal conversation, local refreshments, and personal tours of our headquarters, Charleston’s historic MacFarland-Hubbard House.

Even in such an abnormal year, we couldn’t imagine not hosting an event in honor of the Mountain State’s 157th birthday. And so we’re very pleased to host, for the first time in our history, a “Virtual West Virginia Day” celebration for our friends and members all around the state.

Begin by taking a tour of our historic headquarters through our new online exhibit, “The MacFarland-Hubbard House: Its History and Renovation.” Below that link, you’ll find some examples of the good work the Council produces and supports, in the form of documentary films free to view online, digital humanities projects to explore, and more. You’ll find performances by our West Virginia Folklife Apprenticeship pairs featuring West Virginia old-time music, and a pepperoni roll-making tutorial—all recorded especially for the Council’s virtual West Virginia Day 2020 celebration.

The MacFarland-Hubbard House: Its History and Renovation online exhibit 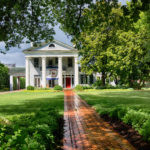 For over two decades the West Virginia Humanities Council’s home has been the MacFarland-Hubbard House, a landmark property listed on the National Register of Historic Places and one of Charleston WV’s seven surviving antebellum houses.  The Council purchased the house in 1998, and completed renovations in 2000.

The MacFarland-Hubbard House is a working office, a public space used for programming and events, and an architectural landmark in the greater Kanawha Valley area.

Master fiddler Joe Herrmann and apprentice Dakota Karper are participants in the 2020-2021 West Virginia Folklife Apprenticeship Program. Joe Herrmann of Paw Paw, West Virginia in Hampshire County is a founding member of the Critton Hollow String Band and has taught old-time fiddle to many private students and at the Augusta Heritage Center. Dakota Karper, a Hampshire County native and resident of Capon Bridge, West Virginia, has been playing old-time fiddle for 20 years and runs The Cat and the Fiddle Music School. Herrmann and Karper apprenticed together previously in 2004 (when Karper was 11) through Augusta Heritage Center’s former Apprenticeship Program. In this video, they play “Rocky Mountain Goat,” a tune from Greenbrier County fiddler Mose Coffman. 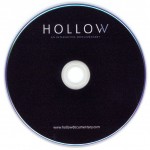 Elaine McMillion Sheldon's interactive web-based documentary "Hollow" (2019) examines and imagines the future of rural America through the stories of 30 residents of McDowell County. Funded in part by a grant from the West Virginia Humanities Council, "Hollow" has been widely praised, and received both a Peabody Award and a World Press Photo Award for Innovative Storytelling.

Ever wanted to learn how to make pepperoni rolls at home? Our friends Mike Costello and Amy Dawson, of Lost Creek Farm in Harrison County, have it covered. In a 15-minute film created especially for the Council's Virtual West Virginia Day 2020, Mike and Amy discuss the history and regional variations of the pepperoni roll, and walk us through a classic from-scratch recipe for this traditional Mountain State snack.

Doug Van Gundy, of Elkins, is an eighth-generation West Virginian who learned old-time fiddle from Greenbrier County fiddler Mose Coffman through the 1993 Augusta Heritage Folk Arts Apprenticeship Program. Van Gundy was a master artist in the 2018 West Virginia Folklife Apprenticeship Program, leading an apprenticeship with Annie Stroud in old-time fiddle of the Greenbrier Valley. In this video, he plays “Turkey Creek,” a tune he learned from Mose Coffman.

Jay Rockefeller, heir to one of the largest family fortunes in America, moved to Emmons WV in 1964 as a VISTA worker, and quickly became involved in state politics. Over a 50-year career in public service, Rockefeller served as a state Delegate, U.S. Senator, Secretary of State, and two-term Governor of West Virginia, the place that became his adoptive home.

In 2015 the Council helped to fund "Jay: A Rockefeller's Journey," a two-hour PBS documentary on the life--public and private--of one of West Virginia's most dedicated public servants. View it in full above.

Us & Them, a podcast funded by West Virginia Humanities Council grants 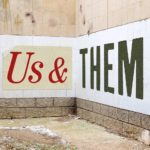 Us & Them is a podcast exploring all sides of the cultural issues that too often divide us. Hosted by Peabody Award winner Trey Kay, the stories may make you rethink your opinions on cultural issues. The series is supported in part by Humanities Council grants.

In 2002, 13-year-old, Maarten Vossen adopted the grave of WWII soldier and West Virginia native Pfc. James Wickline, at the American Military Cemetery in Margraten, the Netherlands. Having now tended to Wickline's grave for more than half his life, Vossen has made several trips to West Virginia to research the life of the soldier he never knew personally, but came to feel connected to.

"Movable: Narratives of Recovery and Place" is an interactive community website, funded in part by the West Virginia Humanities Council, that collects narratives on the topic of recovery from substance and alcohol use disorders in Appalachia and beyond.

West Virginia Standing Together: The Humanities and the Experience of War, an NEH-Humanities Council collaborative documentary series 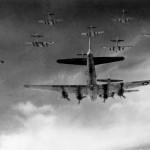 Master banjo player Kim Johnson of Dunbar and apprentice Cody Jordan of Charleston are participants in the 2020-2021 West Virginia Folklife Apprenticeship Program. Banjo player Johnson began playing with fiddler Wilson Douglas in 1979 and has played with and learned from many acclaimed West Virginia old-time musicians including Frank George and Lester McCumbers. In this video, they play “Jordan is a Hard Road to Travel,” learned from Frank George.